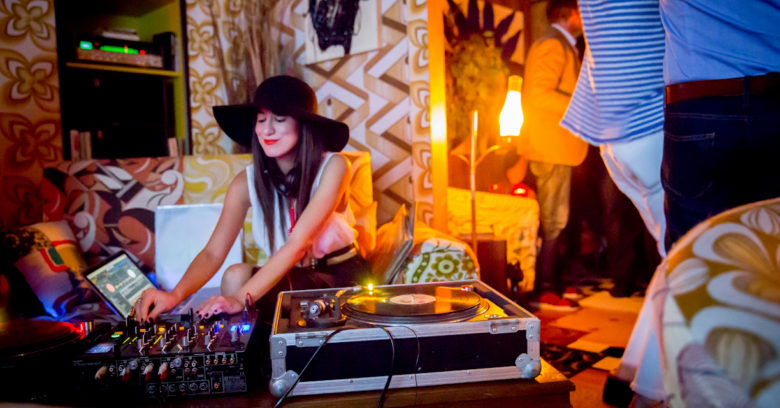 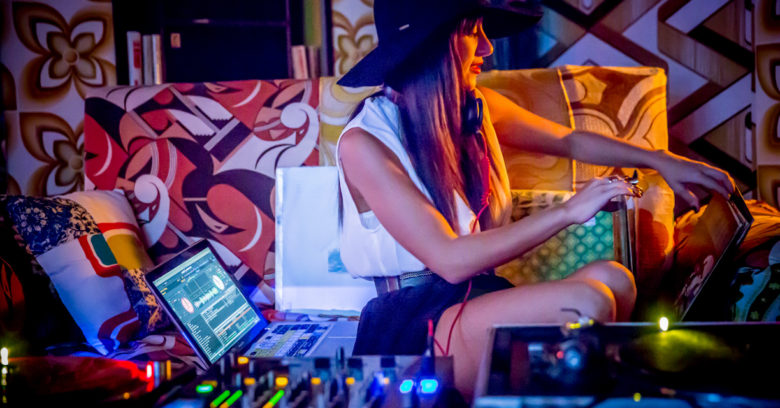 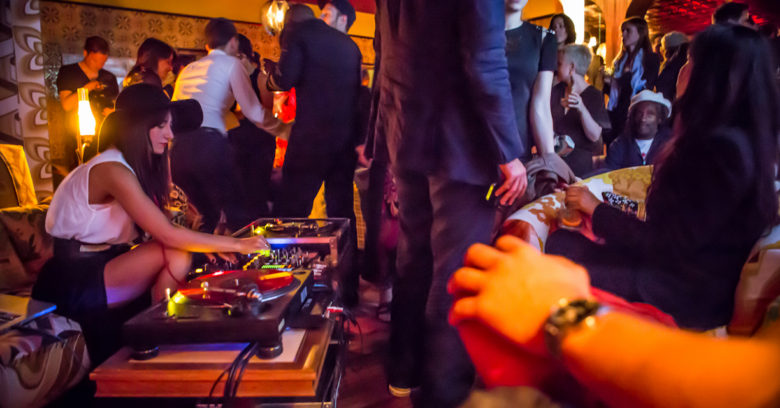 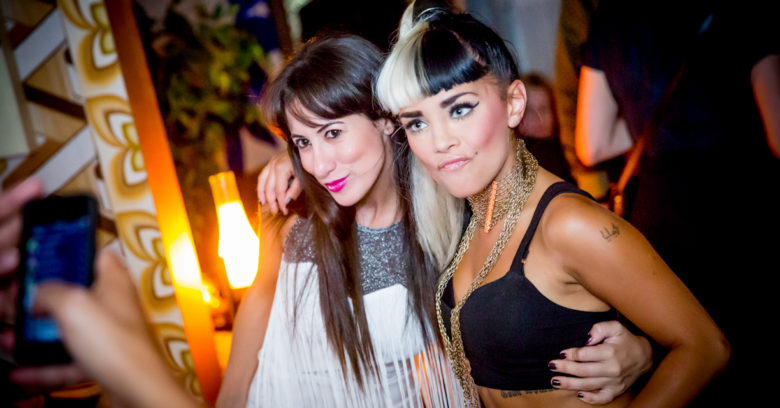 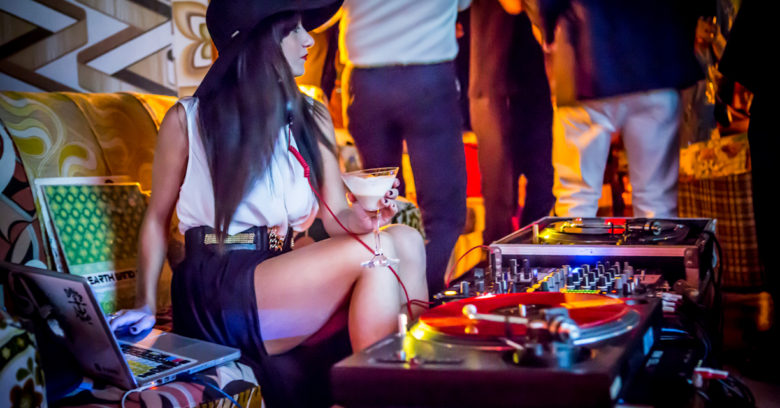 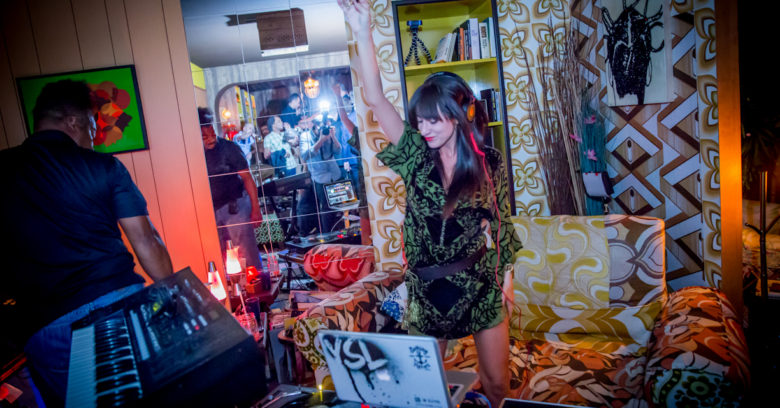 I had the pleasure of meeting artist Mickalene Thomas in 2012 during a private dinner held by Absolut Vodka during Art Basel in Miami. She enjoyed the vinyl records I was playing and made a connection instantly through music.
I later received an invite by her to perform at her gallery opening in Soho New York, which of course, I happily excepted. It was there when I got a true feel of her artistry. She is a true creative!
She then invited me to be part of her commissioned work in Basel, Switzerland sponsored by Absolut Basel. Mickalene recreated a 1970’s disco den in every detail from interior design to the cocktails served for the week, and I was lucky enough to be her choice of resident DJ amongst the elite invites and other invited guests to perform during the week long instillation, including Jasmine Kara & Solange Knowles.